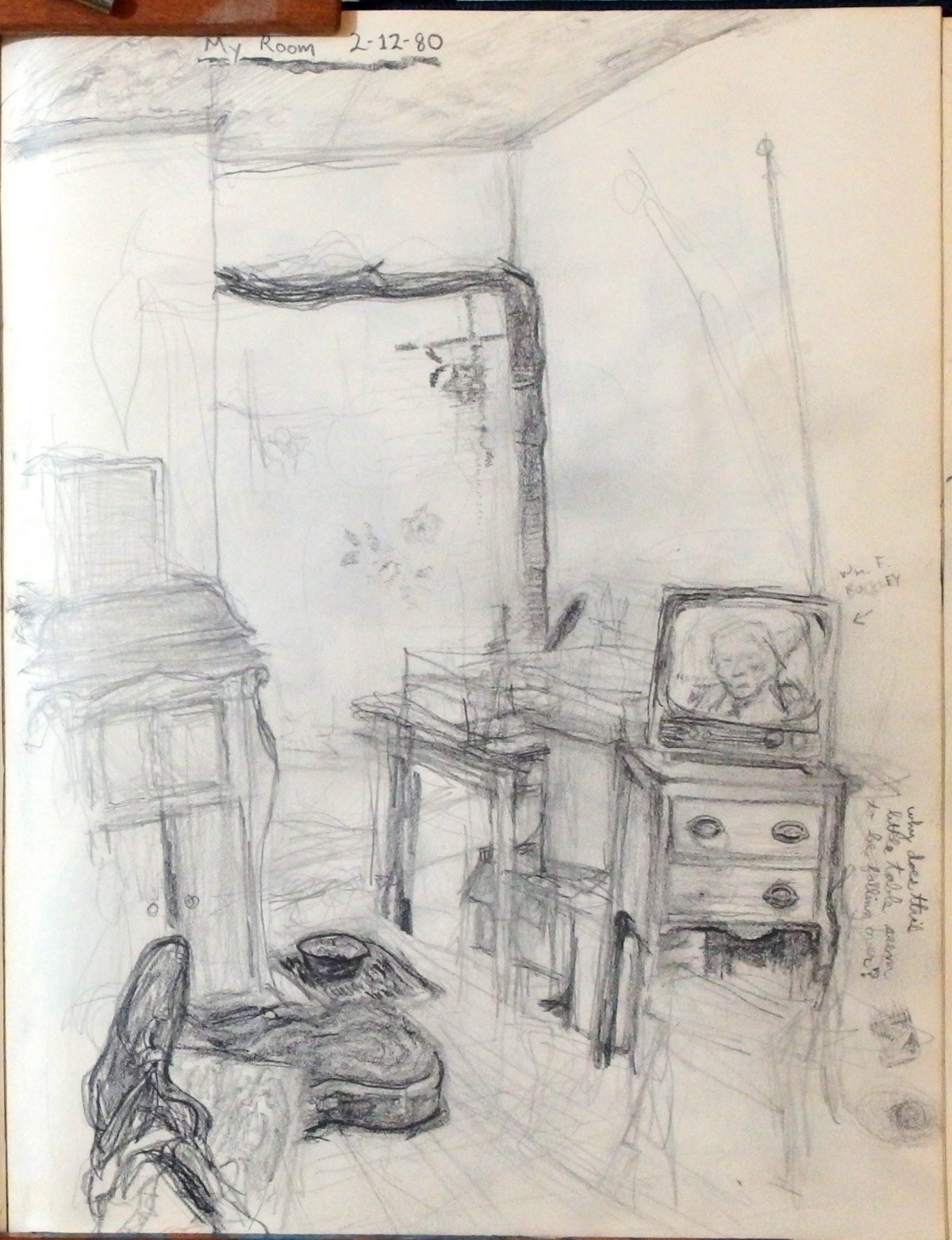 A dab at color, a rare special guest appearance. 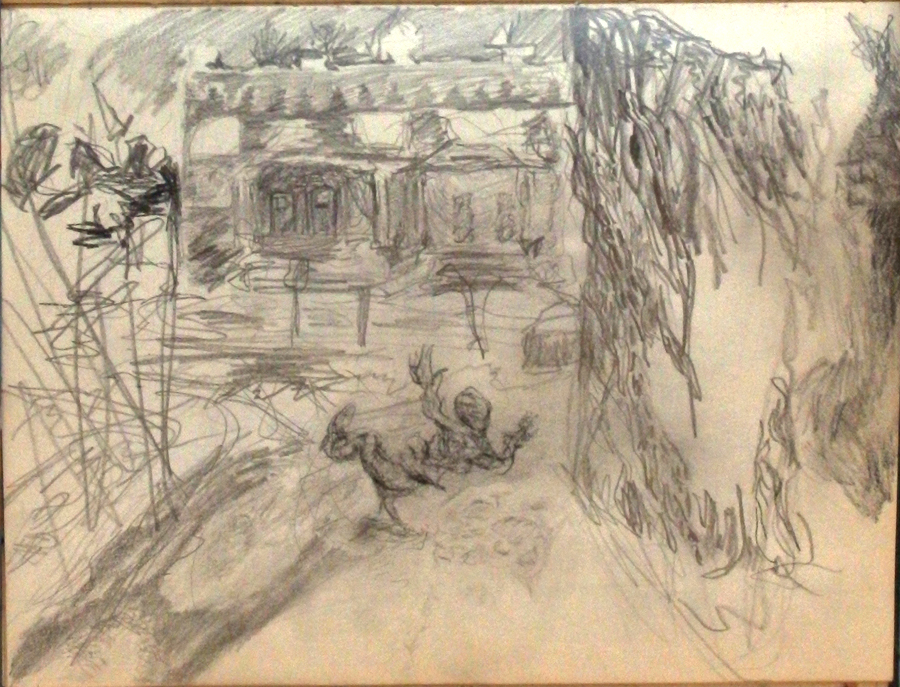 Still in my late 20’s (in the late ’70s). A LOT of writing, saying it all, back before these truths and lies had become self-evident and then I didn’t see why I should keep writing it. And my hand didn’t yet hurt too much to hold the pen. Then, finally, evidence of attempted graphic composition: what would become my second lithograph.

When I was completely unmoored, at 28 years of age. Never to quite return. 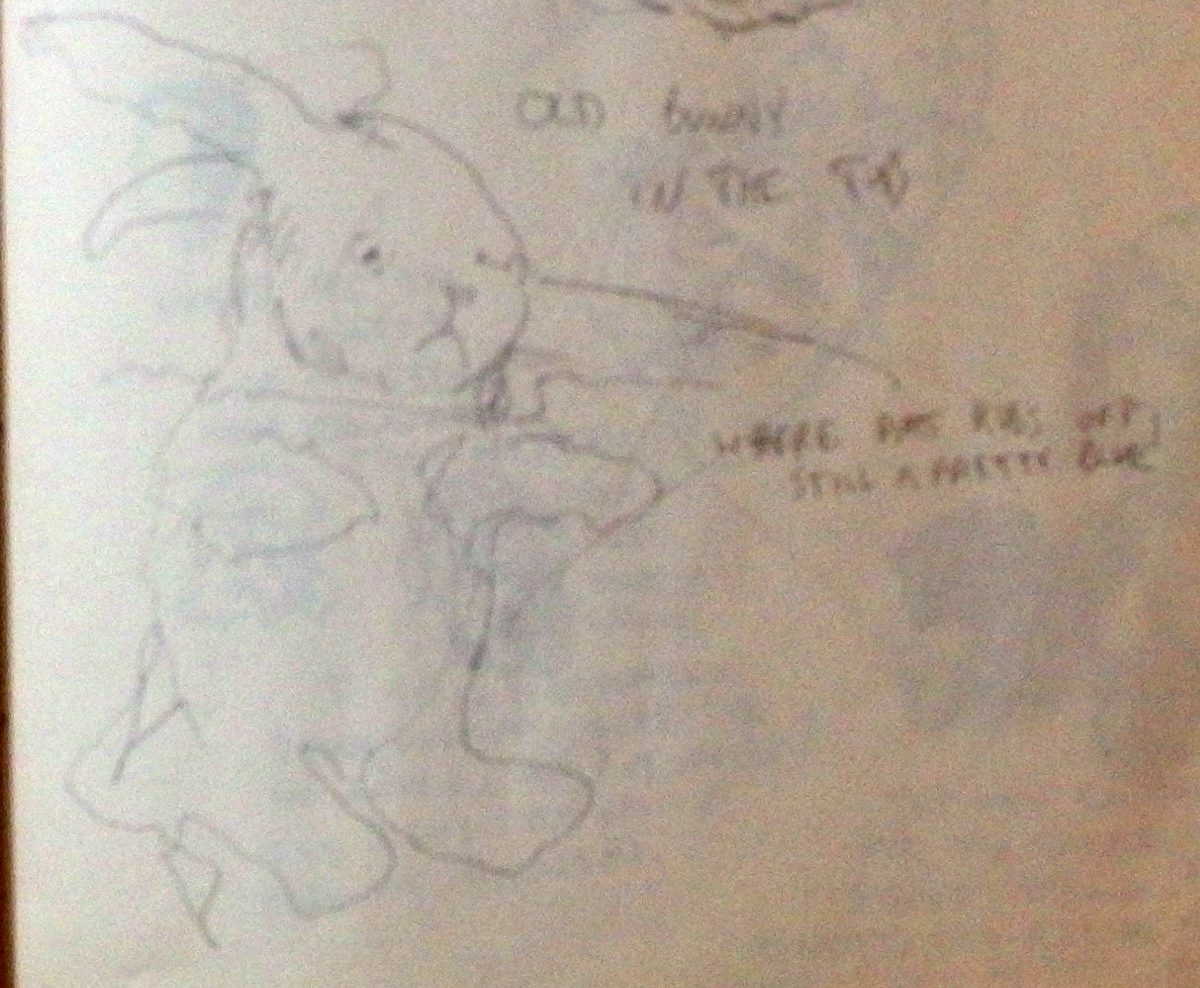 The Late 20’s, continued. The alone deepens, the money runs out. 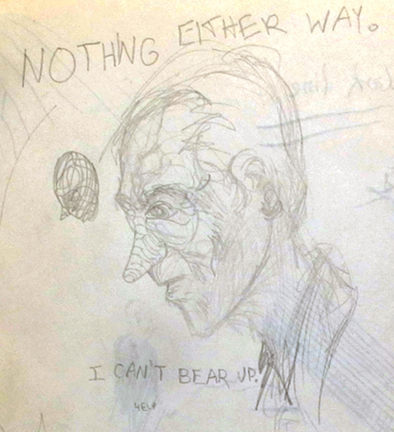 After the peak of the blizzard, I no longer had any friends I could live with. Rent increased over 300%. The car died. So, I quit my job.

Here I begin the documenting of my hardcover sketchbooks with the first few pages of the first book I was given as a child. There are no dates, but I think it must have been about age 9-10. I think I was generally inhibited by the seriousness of the format, as it only sputters along for a few pages every couple of years. By my early teenage years I was already mostly disrupted and sidelined by feelings of despair and futility. Even though I drew constantly on whatever was in front of me, doing it on purpose raised too many questions of importance and “what are you going to do with that?” Then there’s a final couple pages here as an “adult”, say 16 or 17. The next section will begin a decade later when I found this book and began using it again, deciding I might as well work on these useless skills I had been plagued with all my life since I couldn’t stop thinking about it and everything else had crashed and it was one thing I could just do. I wrote and drew in many volumes fairly steadily for a couple of decades. Then, it all started sputtering again, and a couple more decades later I’m still struggling with long silences.

(Click any image to open gallery w/ slider. Note: in lightbox currently in use, in a computer browser there is a ‘zoom’, but it kind of resembles a ‘close’ button sitting in the upper-right corner. The ‘Close’ button is actually on the lower right.)